5 Key Differences Between a Baseball and Softball Bat 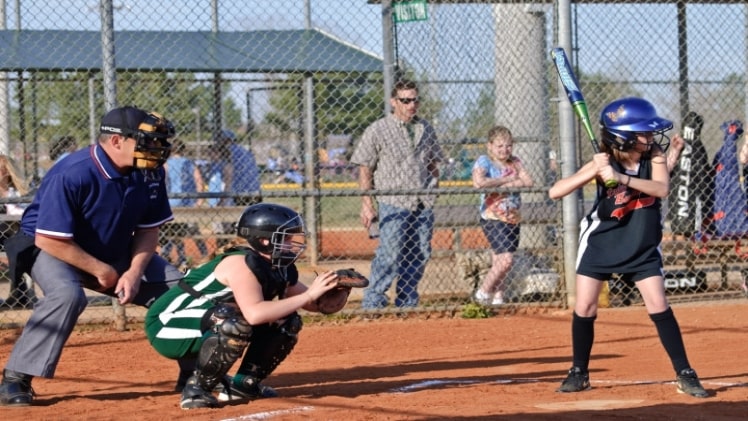 On the surface, baseball and softball share similar histories and rules, but they are fundamentally different at their core. Baseballs are smaller, with a circumference of nine inches, while softballs have a larger circumference of eight to twelve inches. The sizes of the fields where the games are played are also different. Due to these differences, each sport uses a distinct bat designed specifically for the rules of their respective games.

On average, a softball bat measures thirty-four inches in length, while baseball bats measure an average of thirty-three inches. In the game of softball, there is less distance between the pitcher and home plate, so the batter has less time to strategize their swing compared to a baseball player. The longer length of the softball bat allows for more reach and points of contact to make up the difference. Meanwhile, the shorter baseball bat allows for a faster swing, making it easier to hit the ball at a greater distance, which is valued in the game of baseball.

Baseball bats may be shorter than softball bats, but they make up for the lack of length with their heavier weight, which provides the drive to maximize the distance of the baseball once it’s been struck. The average weight range of a baseball bat is thirty-three to thirty-six ounces. To keep things fair, most baseball leagues require bats to have a drop of no greater than -3, which is the difference between the length and weight of the bat. For example, a baseball bat measuring thirty-three inches with a drop of -3 weighs thirty-one ounces.

On the other hand, softball bats are lighter on average compared to baseball, but the weight range depends on if the game being played is slowpitch or fastpitch softball. Fastpitch softball uses lighter bats with a range of fifteen to twenty-six ounces, which allows the batter to swing faster. Slowpitch softball bats weigh twenty-six to thirty ounces. The heavier weight is necessary for powering the batter’s swing in order to make contact with a slower pitch.

The average thickness of a baseball bat is about 2.63 inches, which is larger than the softball bat’s 2.25 inches. A thicker baseball bat is advantageous in the game because it adds weight while making it easier to make contact with the relatively small baseball. On the other hand, softballs are already large and easier to hit than a baseball. In addition, a softball player gains nothing from the extra weight of a thick barrel, which is why softball bats are slimmer in comparison.

The handle of a baseball bat is slightly longer and thicker than a softball bat. This design exists to support the bat’s weight, allowing the player to keep a secure grip while delivering a powerful swing. In comparison, softball bats have handles that are shorter and thinner. This handle design keeps the softball bat compact. A thinner handle is also useful for accommodating women’s hands.

Generally speaking, baseball uses wood bats, while softball uses metal bats, but both types of bats are available in a variety of materials. In softball, a metal bat is preferred because it can withstand a hit from a large softball. Meanwhile, wood is heavier and provides more bounce than metal, making it ideal for baseball. In fact, bats made of solid wood are the only type of bat allowed in Major League Baseball.

Besides the differences between softball and baseball bats, balls, and field sizes, the two sports also have slightly different rules. Baseball uses an overhand pitch, and softball uses an underhand pitch. In baseball, players can steal bases as long as the ball is still live. Softball players must wait for the pitch to be thrown before attempting to steal a base. Finally, softball games move a bit faster, with seven innings per game compared to baseball’s typical nine-inning game.

Baseball and softball bats are both optimized to perform well in their specific games. Unless you’re a professional, there’s nothing stopping you from using a baseball bat for playing softball or vice versa. However, keep in mind that mixing-and-matching bats will likely require you to alter your batting technique. If your goal is to play as well as possible, choose the bat that was specifically designed for the game in question.

The Importance of Real-Time Sports Broadcasting

Online Slots Can Be Addictive For Kids